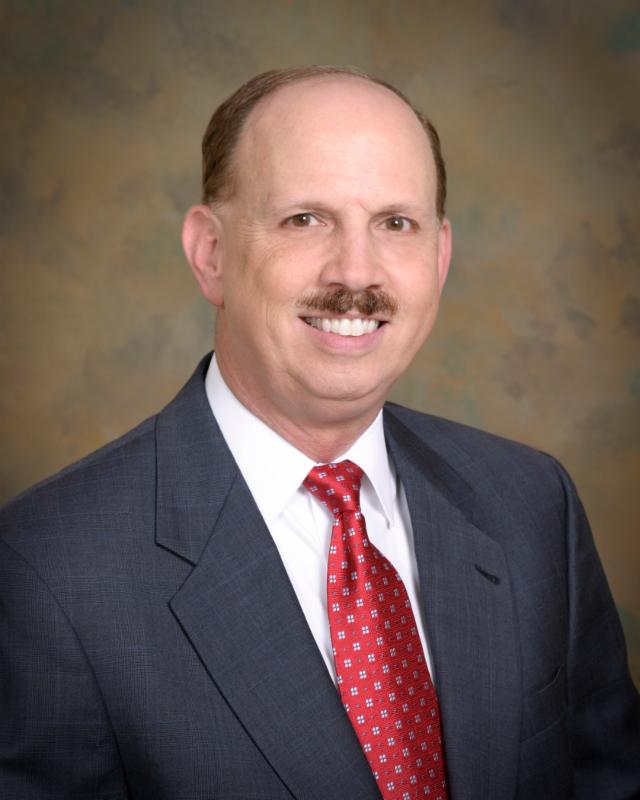 George F. Indest III is the President and Managing Partner of The Health Law Firm, based in Orlando. Mr. Indest is board certified by the Florida Bar in the legal specialty of Health Law. He is also board certified as a health care risk manager by the American Board of Risk Management, Inc. His practice encompasses all aspects of business, corporate, transactional, regulatory and administrative health law practice, and he represents physicians, nurses, hospitals, home health agencies, long term care facilities and other health care providers. His practice also includes the litigation of professional licensing cases and business litigation, defense of health care providers, negotiation of sales of health care practices, Medicare Fraud defense and other areas of Health Care Law. He holds an AV® Preeminent rating from the Martindale-Hubbell Peer Review, which is the highest level attainable by an attorney, according to Martindale-Hubbell, his rating is 5 out of 5.

Mr. Indest served as in-house counsel at one of the Navy’s largest teaching hospitals and was also in charge of the legal and medical risk management programs in the Navy’s largest regional health care system which consisted of twenty-seven major hospitals and treatment facilities. He is on the Executive Council of the Health Law Section of the Florida Bar and has served as Chair of the Medical/Legal Committee of the Orange County Bar Association. Mr. Indest received his BA and JD degree, cum laude, from Tulane University and also was awarded an LL.M. degree, with highest honors, from the National Law Center, George Washington University, Washington, D.C., where his course emphasis was in health care law (legal medicine).He is a member of the state bars of Florida, Louisiana and the District of Columbia. Mr. Indest also serves as chair of the CLE Division of the Health Law Section of the Florida Bar and is on the Board of Directors of a nonprofit charity nursing home and a number of other charitable organizations.

Prior to entering the civilian practice of law, Mr. Indest served 20 years as an officer in the United States Navy. He began his military career in 1973, commissioned as an officer after graduating from Tulane University’s Naval Reserve Officer’s Training Corps (NROTC). He then attended flight school in the Navy’s aviation training program. He received his wings and was designated a naval aviator in 1974. Mr. Indest served as an instructor pilot and an aircraft commander in a helicopter combat support squadron. He was selected for the Navy’s Law Education Program based on superior military performance and academic achievement After graduating from law school Mr. Indest became a member of the Navy’s Judge Advocate General’s (J.A.G.) Corps. He served with distinction as a JAG Corps officer, including serving as the Staff Judge Advocate of the U.S.S. Midway (CV-41), one of the Navy’s front line aircraft carriers.

The Navy sent Mr. Indest back to post-graduate law school at The National Law Center, George Washington University, to obtain a specialty in Health Law. He received his master of laws (LL.M.) in 1986. The Navy then assigned Mr. Indest to serve with the Naval Medical Command. The Navy awarded him a post-graduate specialty code in Health Law (P-code) and in International Law (G-code). He served as the Staff Judge Advocate and Command Medico-Legal Officer at Naval Hospital Portsmouth, followed by a tour of duty as Command Judge Advocate for the Naval Medical Command, Mid-Atlantic Region, which was responsible for naval hospitals and dental centers in Virginia; North Carolina; South Carolina; Keflavik, Iceland; Puerto Rico; Bermuda; and Guantanamo Bay, Cuba. He also served as the Staff Judge Advocate for the Naval Dental Command, East. Mr. Indest served on several different admirals’ staffs, including the Commander -in-Chief, Atlantic Fleet (CINCLANTFLT), CINCLANT, SACLANT and CNET. While on the staff of CINCLANT Mr. Indest prepared and delivered a major seminar on the Geneva Conventions and the Laws of War to the military Surgeon Generals of the NATO countries.

For additional information on Mr. Indest’s duties in countries outside the U.S., click here.

Mr. Indest has a number of publications to his credit. He teaches and lectures frequently and is an adjunct professor in Health Law for Barry University School of Law, Webster University Graduate College and the University of St. Francis Graduate School. 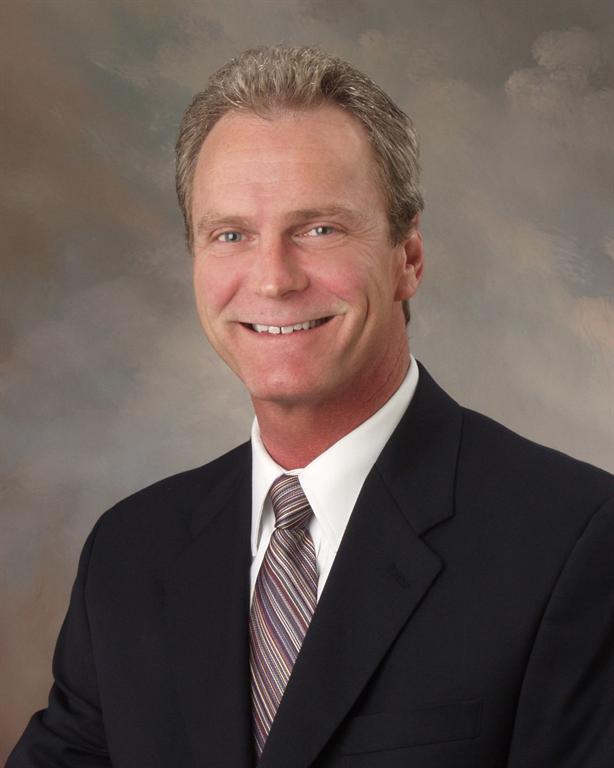 Mr. Smith began his law career in Tampa, Florida, practicing in the area of insurance defense. He later formed his own firm where he represented corporations and individuals in a variety of legal matters including business, corporate, transactional and litigation matters. Mr. Smith received his bachelor of science from Nova Southeastern University and his juris doctorate from Stetson University College of Law. While at Stetson University College of Law, he received a William F. Blews Pro Bono Service Award and Civil Governmental Law Clinic Certificate of Merit. Mr. Smith is admitted to practice in all Florida State Courts, as well as the United States District Court for the Middle District of Florida and the United States Court of Appeals for Veterans Claims.

Mr. Smith has been a registered respiratory therapist since 1981, and still maintains an active license in Florida as a Registered Respiratory Therapist. He is a member of:

Mr. Smith has also served on the Board of Directors for the Mental Health Association of Central Florida, Inc., from 2003 through 2009, and the Executive Committee from 2006 through 2009. 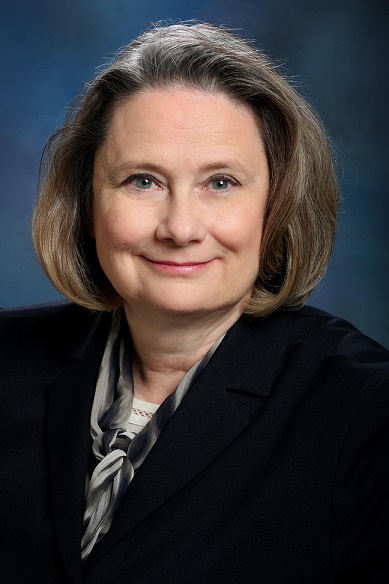 Prior to law school, Ms. Schriefer graduated from Old Dominion University with a Bachelor’s Degree in Nursing. Now retired, she was a registered nurse in the state of Colorado for over 30 years. She earned her Juris Doctor (J.D.) from the University of Kentucky College of Law and is licensed to practice law in Colorado, Virginia and Florida.

After receiving her J.D., Ms. Schriefer was commissioned as an officer in the Navy Judge Advocate General’s (JAG) Corps. As a Navy JAG, she worked as a defense counsel at the Navy Legal Services Office in Virginia for several years and was then transferred to a position as Commander, Naval Medical Command, Mid-Atlantic Region.

Ms. Schriefer’s previous experience also includes trying medical malpractice cases in the District of Columbia Superior Court, the U.S. District Court of the District of Columbia and products liability litigation in Colorado and federal courts. She has devoted many years of her practice to health care law, providing legal opinions on federal and state statutory and regulatory issues.

Ms. Schriefer is currently a member of The American Association of Nurse Attorneys (T.A.A.N.A.) and the Colorado Bar Association. 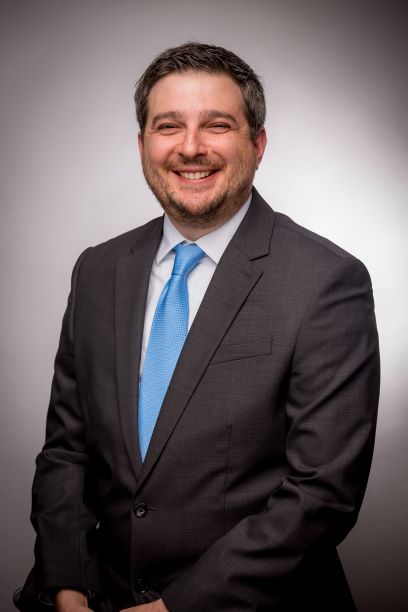 As a health care attorney Lance O. Leider represents health care providers finding themselves the targets of investigations in state and federal cases. These cases include fraud accusations, licensing and disciplinary issues, administrative hearings and appeals, regulatory matters and litigation.

Lance O. Leider is a native of the Central Florida community. He is a graduate of Lake Mary High School and The University of Florida where he received bachelor’s degrees in Political Science and Philosophy. Mr. Leider has practiced health care law on an exclusive basis since graduating from the Barry University Dwayne O. Andreas School of Law in 2011. He was the valedictorian of his class and served on the Editorial Board of the Barry Law Review as Lead Articles Editor. During law school he also served as a judicial intern to Judge Belvin Perry during the Casey Anthony trial. As a result of this exceptional performance on the Florida Bar Exam Mr. Leider was invited by the Fifth District Court of Appeal to address the new inductees being sworn in. Mr. Leider earned his Master of Laws (LL.M.) in Health Law from Loyola University Chicago School of Law’s Beazley Institute for Health Law and Policy, in 2016.

To view a letter congratulating Mr. Leider on being selected to speak on behalf of the Florida Bar admittees, click here.

Some highlights of his time at The Health Law Firm include assisting a North Carolina Medicaid provider in reducing a $1.4 million Medicaid overpayment demand by more than 98%, successfully appealing a Board of Pharmacy decision revoking a pharmacist’s license, and defending an Indian Health Service physician from revocation of his DEA registration.

When he is not working for his clients, Mr. Leider is active in the community. He presents lectures to Orlando-area medical students and residents on a variety of topics. He is a regular presenter at Seminole County Medical Society meetings. He enjoys hitting the links representing The Health Law Firm in local golf tournaments for charitable causes, demonstrating that his prior career as a golf pro can be of benefit in the practice of law. He is also an author on The Health Law Firm blogs and on West Law.

Mr. Leider still lives in the Central Florida area with his wife, a registered nurse, and his three children.

Mr. Leider has been selected as a Florida Super Lawyer Rising Star from 2015 through 2018. 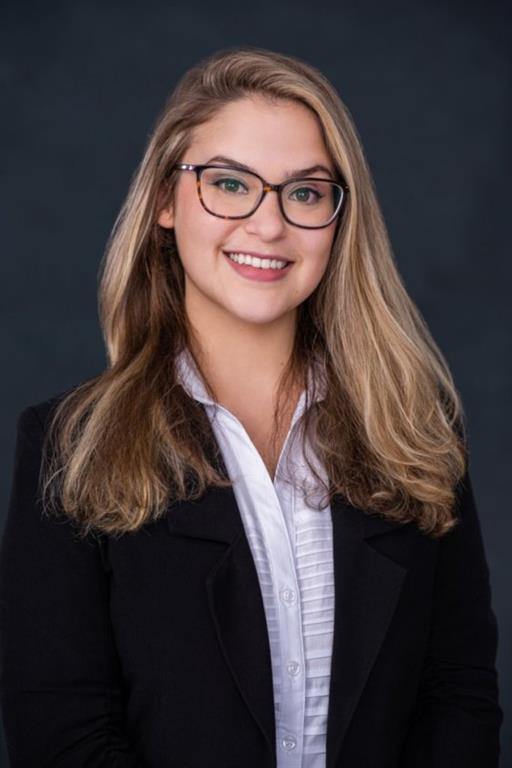 As a health care attorney, Amanda I. Forbes, represents health care providers in transactions and in license defense cases.  Her cases include fraud accusations, licensing and disciplinary issues, administrative hearings and appeals, regulatory matters and litigation.  She also reviews and prepares contract and other transactional documents.

She is a graduate of the Southern Adventist University where she received her bachelor’s degree.  Amanda earned her Juris Doctor (J.D.) from Barry University School of Law in 2017.  She is licensed to practice law in the state of Florida.